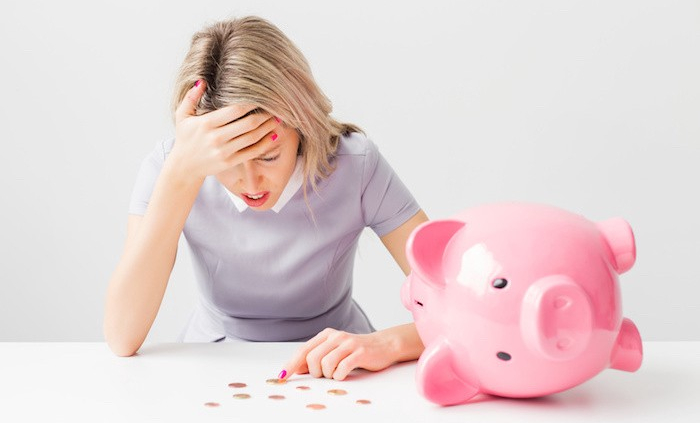 Let’s talk about whether or not you can determine a startup will be a success before it actually brings in any money. Because while there’s no good way to do that, there are some cheats.

First, let’s make sure we establish this fact: The only accurate way to measure the success of a startup is by using revenue as the basis of the measurement. In over 20 years of building and working with startups, I’ve learned that while revenue is not a predictor of success, it is the first objective marker. Until money comes into the picture, there’s no way to know which direction the business is ultimately going to go. Period.

Now, no one generates revenue on day one, at least not in a way that isn’t fluky or sketchy. Success takes time. And no one wants to waste their time on an idea that isn’t showing signs of being successful. Investors will all agree, I can assure you.

So while your startup has to get to revenue quickly, there are indeed a few signs that may mean you’re on the right track. Here’s how you read those signs correctly, along with some additional validation I like to see.

Before your startup has paying customers, it will have an audience. It could be a free-tier of customers, or it could be a collection of fans and followers. An audience is just the grand sampling of people who will become your customers once they discover your product, fall in love with it, and hand you money for it.

The sign that matters isn’t how large an audience you have, but how engaged they are. What you need to know is how many of them are using the product, how often, and for how long. If possible, you also want to communicate with them to know exactly how happy are they are with it, but more importantly, whether or not they can live without it.

That’s engagement. It’s hard to measure and easy to mistake. To illustrate how commonplace it is to misread this sign, I’ll relay a story from a founder of a B2B software company I know. Let’s call her Amy.

“I initially fell into the trap of getting as many betas confirmed as I could, but they were not using the product consistently. I had the wrong initial market, and instead of giving good signals to investors, they were bad signals.”

“Then we picked another market and started doing pilots with a path to conversion, giving them just two free months of the product with the opportunity to be an early adopter. Now we have weekly meetings with the pilots and track their usage. Our goal is that they use us at least once per week at the beginning, then almost daily after that. The ultimate metric will be the conversion of these pilots to paid customers.”

How I’d Validate: If I’m starting with a free-tier audience and tracking their usage and getting feedback, the validation I look for is when they start reaching out to me. It doesn’t matter if they’re asking for features I’ve promised, asking for other features they’d like, or even complaining about what’s missing or what’s not working.

If they’re taking time to contact me, they’re engaged. If no one is reaching out to me, there’s no metric.

The strategy I use most often is to start with paying customers, and create my audience out of the ones that don’t want to pay. What that means is I end up working with much smaller numbers, which seems like it would take longer to get to growth, but it’s actually easier because conversion is the hardest step to perfect in the customer acquisition process.

No “hockey-stick” type growth chart starts with a lot of customers. Those charts all start with one customer, then a few, then a bunch. To get that jolt up and to the right, you have to perfect the conversion process. And once you learn how to convert a handful, you can repeat and do it over and over, with less noise to send you chasing false positives.

So how do you get that first handful of paying customers to start giving you signs of success?

Founders are usually shocked when I tell them they don’t have to offer full price out the gate. Look, it’s startup, this is new stuff, there aren’t any rules until you make them.

Usually the biggest hurdle in converting customers is the product learning curve. And usually the best way to learn the product is to use the product. This is how free tiers happen. But if we use penetration pricing instead, we eliminate a lot of the noise that happens in a free tier.

Penetration pricing means charging something, anything for the product for a trial period. Like right now I’m paying $1 a month for Hulu. That’s nuts, but if I decide I can’t live without Hulu, they’ve got me.

How I’d Validate: My founder friend Amy ended her quote above by stating her next goal was to convert her pilot audience to paying customers. Ideally, she wants to do this in two months. In return, she’ll offer them preferential pricing or treatment as early adopters, thus sweetening the deal.

Of course, Amy will convert some of these customers. But the question Amy needs to ask is not how many customers she can convert — she already played that game when she learned she was targeting the wrong market. To read the right signs of success, Amy needs to measure how quickly can she convert them and how much she has to offer to get them over.

I’m a big believer in revenue before investment, and that means two things:

If you do happen to be attracting outside investment, and by “attracting,” I mean checkbooks are out and term sheets have been discussed, this could mean a couple of things:

How I’d Validate: The very few times I’ve been offered outside investment pre-revenue, I’ve not taken it, mostly due to reason #2 above, and I had issues with my own idea. But here are some steps I’ve taken to justify an investor’s confidence in my idea:

In the end, no one gets a pass on revenue. Even the best repeat entrepreneurs hear the clock ticking the moment they take investment or invest in themselves. The key is to get to those pre-revenue signs early, and take them for what they are. Then go build that revenue-generating machine that you and everyone else believes in.