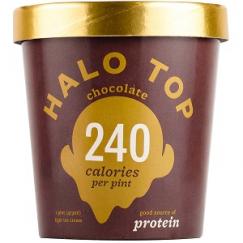 The latest group of food and beverage Pacesetters for 2017 included 40 percent that are entirely new brands. The No.1 spot went to ice cream phenomenon Halo Top, which alone garnered a whopping $324.2 million in its first year, higher than the past three Top Pacesetter winners. Halo Top has successfully tapped into the large segment of calorie-conscious indulgers by printing its calorie content (280 to 360 per pint, not per serving) in large type on the package’s front panel.

The 2017 Pacesetters group also reveals a slight uptick in brands earning year-one sales of $40-59 million. Granted, there are big names behind some of these new brands, which focus on healthier, customized innovations with new ways of meeting younger consumers’ needs. Yet 49 percent of the top-ranking brands came from smaller manufacturers — or those selling less than $1 billion annually, which accounted for 26 percent of Pacesetter dollars.

“Smaller, more targeted product launches have become the new norm in CPG aisles, as manufacturers look to enhance impact with launches that align more closely with key consumer needs and wants,” explains Larry Levin, executive vice president of consumer and shopper marketing for IRI. “Twenty percent of this year’s top-selling launches earned less than $10 million during their first year on the shelves, continuing a trend we found in last year’s analysis.”

Despite having endless choices to discover at their fingertips, millennials and genZs are eager adopters of new CPG products. They shop differently from those who came before them. They no doubt helped Halo Top capture that No. 1 spot. But the second spot was a new spin on a very old brand: Ritz Good Thins thin crackers sold $87 million. Next was Dunkin’ Donuts’ ready-to-drink iced coffee at $67.1 million.

“Consumers are demanding products customized to suit their needs, and this type of targeted innovation continues to put small and niche companies on the New Product Pacesetter map,” said Susan Viamari, vice president of thought leadership at IRI. Five years ago, roughly nine out of 10 Pacesetters were brand extensions, she says. “In 2017, 40 percent of food and beverage Pacesetters were entirely new brands to the CPG marketplace. This clearly demonstrates consumers’ willingness to try ‘unknown’ brands.”

To be considered a Pacesetter, a product must complete a full year of sales in calendar year 2017. IRI starts tracking year-one sales after a product reaches 30 percent of national distribution across multi-outlet geography. This means grocery, drug, mass, dollar stores, club and convenience-store channels.

IRI also announced its Rising Stars, which are new food and beverage products that will complete their first year in 2018 and, if they keep up their pace, should make next year’s Pacesetters list. Interestingly, many of them are confections, including KinderJoy, the candy egg/surprise treat from Ferrero, Hershey’s Gold nonchocolate candy bar and Mars’ M&M’s Caramel candies.

Categories in convenience are starting to blend and blur more. For instance, Monster, known as an energy drink brand, launched Monster Mutant Super Soda, a carbonated soft drink. Carbonated beverage Mountain Dew Black Label is packaged to look very similar to an energy drink. All of the top 10 convenience-channel Pacesetters are pure indulgence products (except for bottled water), which reflects consumers’ ongoing desire for healthier-for-you indulgences.