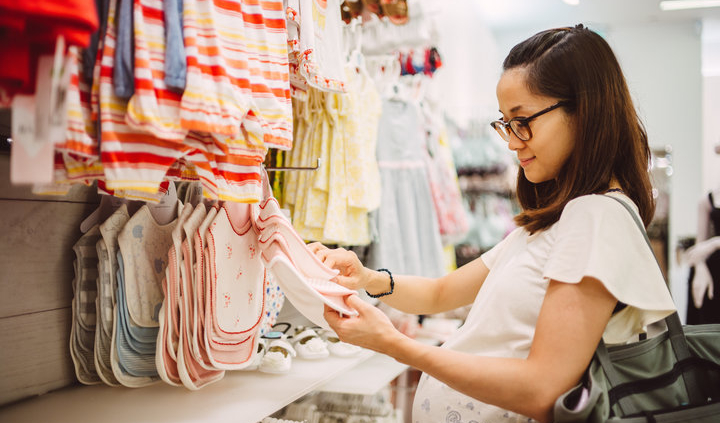 On a recent Thursday evening, hours after closing, Francine Delarosa pulled up a moving box in the dismantled office of her 4,000-square-foot boutique. She sat down on the makeshift chair for a moment and cried. Then she got up, and continued packing.

“I had a little crying moment about the fear of change,” Delarosa told HuffPost over the phone from her store in North Miami Beach, Florida.

When Delarosa first opened her capacious children’s boutique store, Give Wink, in the early 2000s, the veteran retailer was optimistic about her success ― so much so that she signed a 15-year lease on the space. Like most other store owners at the time, she couldn’t have anticipated how the internet, and Amazon in particular, would upend the entire retail industry.

Today, Delarosa, must scrap and fight for every sale she makes. And just like other small retailers, she’s had to reinvent her brand to keep a steady stream of customers coming through her door and not just online shopping from the couch.

Delarosa is in the process of downsizing to a 1,000-square-foot space and cutting her staff from 10 people to three. She’ll continue to personally curate every item in the store and on the site, and will soon design and manufacture her own private labels. She’ll also be focusing more of her attention on the concierge piece of her business – nursery design, personal shopping and baby registries, because in the end, her deep-seated knowledge of the industry and hands-on approach is what distinguishes her from other dot-coms that sell children’s products.

“In 2018, the success of the retail brand … isn’t the physical space or even the product selection,” Delarosa told HuffPost. “The reality is, all of that is replicable. What’s not replicable is the relationships and the knowledge, and the way you put all of that together.”

To survive today, retailers have to carve out a niche that makes them indispensable. But what Delarosa’s store and other children’s boutiques may have working in their favor compared to other stores is that parents, especially new ones, are so anxious about getting the big-ticket items right.

Whether shopping for a stroller, car seat, crib or mattress, they’ll make more of an effort to walk into a physical store and talk to a retailer who can field multiple questions and direct them to the products that best suit their needs.

“For a new baby, safety is a big concern,” said Peter Roberge, store manager of Albee Baby, a New York City-based children’s boutique that’s been around since 1933. “They want to make sure they touch and feel something; they want to make sure they know how to operate the products they’re purchasing and get the product that operates best for them.”

Boutiques, in general, are having something of a moment right now, particularly among young people. According to Forrester, a research and advisory firm, 43 percent of millennials, those who are 25 to 34, say they would rather shop at small local stores, as opposed to big national chains.

Overall, the stores that have the best chance of surviving today are either big, maximum tax-paying and low-leverage retailers ― like Macy’s, Marshalls and Target ― or specialized, experiential and small-scale stores, said Jan Kniffen, a former retail executive who now consults for investors in retail properties.

“People like shopping in these sweet little stores because they like the feeling and the experience,” Kniffen said. “Retail is becoming extraordinarily experiential. Even the big stores are trying to be much more experience-oriented. They’re trying to feel like the little stores.”

It’s one potential bright spot in a very grim period for brick-and-mortar stores.

Retail is becoming extraordinarily experiential. Even the big stores are trying to be much more experience-oriented. They’re trying to feel like the little stores.Jan Kniffen, former retail executive

More retailers closed last year than during the height of the Great Recession. That was due to a number of factors, including growing online sales and consumers’ preference for inexpensive, fast fashion. E-commerce sales accounted for 13 percent of all retail sales last year. A decade ago, that figure was just 5.1 percent.

Parents, however, may be defying some of those trends, which could be good news for owners of children’s stores. According to Cassandra, a trend forecasting, research and brand strategy firm, 78 percent of parents in the United States would rather shop in stores than online.

But they’re not going to shop just anywhere.

Millennials are parents to half of today’s children and make a “significant” contribution to the $1 trillion parents spend yearly on stuff for their kids, according to the National Retail Federation. This demographic also prioritizes good service over convenience, according to NRF. And 44 percent of millennials say they only support brands that align with their political and social views.

For many mom and pop children’s stores, it’s about getting that customer in the door once and showing them what they can gain from shopping in person.

Jessica Rone, 35, a resident of Manhattan and mom to a 1-year-old, told HuffPost that she does most of her research for products and shopping online. At any given time, she’ll have “1,000 tabs open” on her computer, investigating the best items to buy for her son.

On a Friday afternoon earlier this month, Rone ventured into Albee Baby on the Upper West Side for the first time because she had a gift certificate that was expiring. She said she was surprised by what she was able to learn there.

“I’m shocked by how much stuff they have,” she said. “There are so many things here I didn’t know existed.”

For others, there are elements of nostalgia and doing the right thing. On that same day, Bart and Joan Auerbach were also shopping in Albee Baby for bath toys and other knickknacks for their granddaughter. The last time they were in the store was 40 years earlier when they were shopping for their own son.

“It’s a famous store,” Joan Auerbach said. “A lot of stores are closing in our neighborhood. It’s really a loss for the neighborhood.”

But while many parents and grandparents may appreciate picking the brains of veteran retailers, that doesn’t necessarily translate into sales, which is one of the most frustrating challenges retailers face.

“We get customers who use our knowledge, allow us the opportunity to show them aspects of various different products,” Roberge said. “But when they’re ready to pull the trigger, that may happen while they’re sitting at their desk at work or at 3 a.m. while they’re on their laptop.”

Some customers may have no intention of ever buying from the store and just lap up all the information they can get. Then, once they decide on a product, they’ll hunt down the best price on the internet.

We get customers who use our knowledge … but when they’re ready to pull the trigger, that may happen while they’re sitting at their desk at work or at 3 a.m. while they’re on their laptop.Peter Roberge, store manager of Albee Baby in New York City

One way Albee Baby has tried to solve this problem is by building up its web presence, considered a venerable force in the industry. The company offers competitive pricing and has enough inventory in its warehouse to “fill a stadium,” Roberge said.

The store itself also offers a warm, welcoming feel that a website can’t. Staff members dole out treats to pets who come through. Breastfeeding moms stretch out on the comfortable gliders in the back of the store and feed their babies.

Delarosa faces the very same problem and said she’s moving toward only housing products in her store that “support” her business ― those that strictly enforce “map pricing,” for example. (That’s a minimum price resellers agree they won’t sell below.)

While children’s stores may have a slight advantage over other retailers, they’re not necessarily safer. Gymboree, a major children’s clothing brand, filed for bankruptcy in 2017 due to growing competition, mounting debt and the demand for cheaper prices, CNBC reported. The company underwent a rebranding and relaunched in July. Children’s Place, another mainstream retailer, will close 300 stores by 2020 and will also expand its presence on Amazon.

Smaller-scale children’s stores are not immune to the risks, either. Giggle, a specialty children’s boutique that had stores in San Francisco, New York City and Denver, was considered a leader in the industry and one that Delarosa looked up to, she said. Without much warning, the stores suddenly closed in 2017.

“If Giggle, who was the most solid specialty store name in our industry, went under, any of us can go under,” Delarosa said. “If we don’t change, none of us will survive.”

The children’s stores that will make it, according to Kniffen, are those that assiduously listen to customers and cater to and respond to their needs.

“The children’s stores that have survived a long time, they have treated every customer like their kid is the most important person in the world,” Kniffen said. “As the times changed, they walked right alongside that customer, they figured out what was important to that customer, and they altered their store to reflect that. The ones that don’t, they go broke.”

This is part of our six-story series spotlighting the current state of retail in America.

What to Look for When Investing in Startups
Scroll to top